15 of the best alternative days out in the Cotswolds

Now, my favourite deputy-ed challenged ‘yours truly’ to tackle a few of the capers himself. The only issue I have with this first one is that dogs don’t always appreciate my sense of humour (I tried to teach one about quantitative easing once and it didn’t go too well), but, notwithstanding that, canines are lovely, loyal creatures. Head Tewkesbury way. Apparently, the huskies live normal lives by night, but during the day are transformed into sled dogs, conveying thrill-seeking personages about. As of early-2019 ‘Arctic Quest’ was the only place in the UK where you could experience these sled thrills and learn how to ‘mush’ (transport by ‘dog power’) in the process. You can stay over, too. 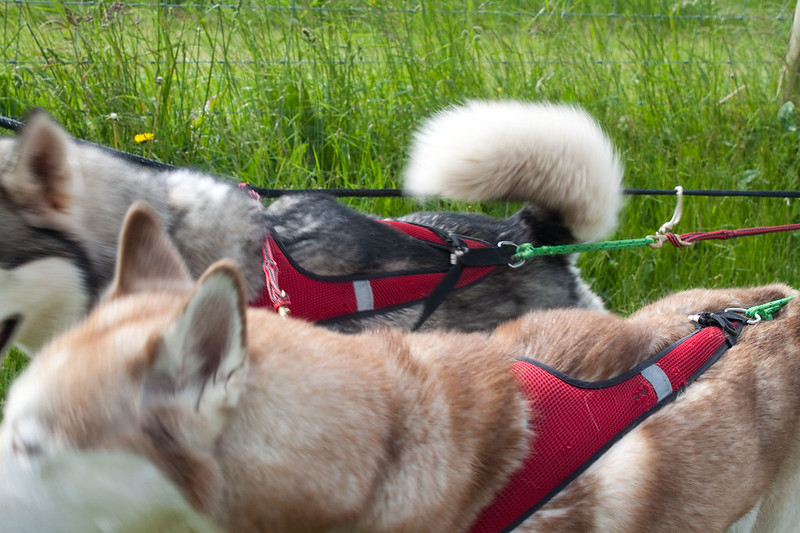 I used to have a pop-up book when I was a nipper, Pop-up Gothic Architecture or something (I was always a bit highbrow). Pop-up hasn’t gone away, as you can enjoy the al fresco with Pop-Up Cinema at hand-picked venues in the Cotswolds. Now, this sounds like my kind of gaffe, picnic blanket (to recline on, then possibly insulate with as the evening lengthens), or maybe a deckchair or beanbag (‘premium seating’), the essential popcorn, which goes with the movies like smartphones and the ‘Quiet Zone’, and, of course, a classic film by way of divertissement. Talking of mobiles, don’t forget the ubiquitous ‘selfie’.

The Cotswolds is reputedly ‘well haunted’ with there being more hauntings than you could shake the average Ouija board at. I’ve read that our lovely Cotswold stone has something to do with it, limestone that somehow retains ‘spiritual residue’, which sounds almost as spooky as the ghosts themselves. Bill Spectre’s Ghost Trails have been named among the Top 10 ghost tours in the whole world. There are popular Oxford tours, plus other local towns by private hire. Bill is far more knowledgeable and professional than ‘yours truly’ who once tried to do a ghost tour and ended up telling a spine-chilling tale in the wrong churchyard! 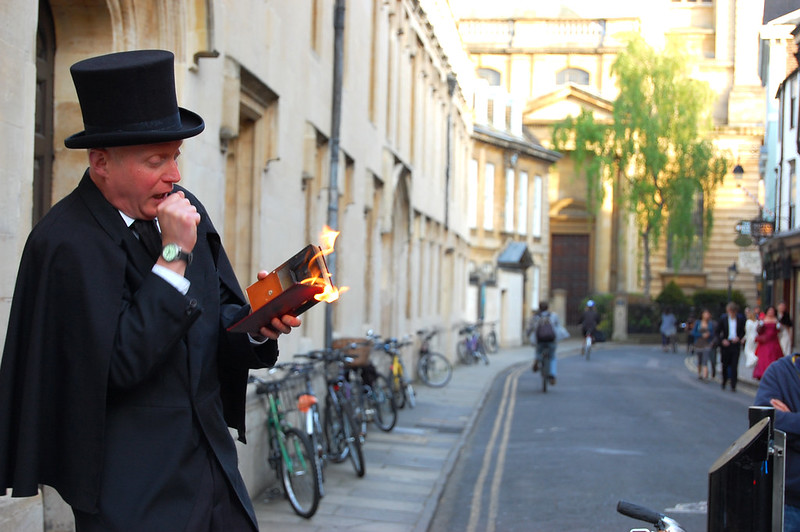 We all want to feel like giants on occasion. I do whenever I come across a ‘rabble of oiks’ (correct collective noun there). I just wish I was eight-foot tall so I could tick ’em off. At Bourton-on-the-Water’s model village, we can all feel gigantic whenever we wish. It’s the UK’s only Grade II Listed model village, which is a miniature version of Bourton itself. Its official opening was on the Coronation Day of King George VI (1937), which means it’s a snapshot of how the picturesque settlement looked the year before, so minus all those pesky cars that clutter up the streets and pavements today. Oh, and you need to get a ‘selfie’ looking like a giant. 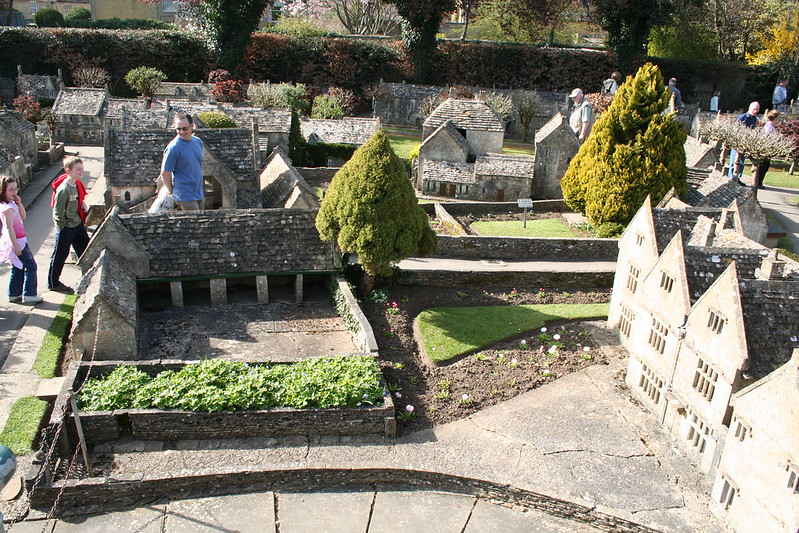 OK, so hounds aren’t really my thing (sorry four-legged mates), but neither are crocodiles, to be fair. A small, deceased one was found in my local Mill Stream once (1954), then, in 1971, we had five alligators escape from a local circus into our river. It makes you slightly wary. There’s only one croc-zoo (and conservation site) in the UK (Brize Norton), which is dedicated to caring for these noble creatures. If you fancy some ‘croc-spotting’, experiences range from the ‘basic’ to the ‘VIP’ (adults only), which involves greater interaction and a chance to actually hold a croc. There’s also snakes, otters and meerkats, although the latter may not be wearing smoking jackets. 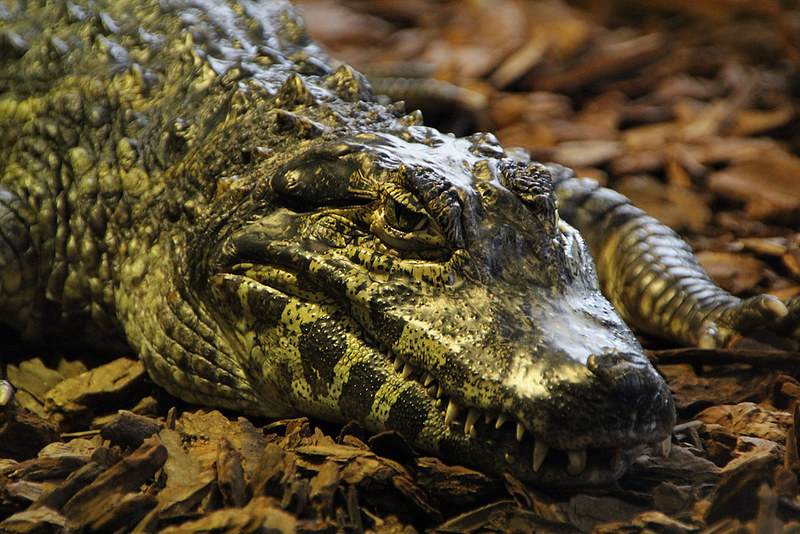 • Gin sampling (with an alternative for the teetotaller like me)

As an avowed teetotaller, I’m amazed at the number of times I end up writing about alcohol. I wrote a whole feature about a gin distillery recently so am now well up on juniper and the other ingredients, which bestow flavour and colour. If you fancy sampling some local gin and whisky, head for the Cotswolds Distillery (Stourton, Shipston-on-Stour), estd. 2014, where you can participate in a ‘distillery tour’. Learn about the craft, witness the distillation in progress, then do a bit of tasting in front of a cosy log fire (not in the heat of summer obviously). There’s a Distillery Shop, and just for me, a Distillery Café. 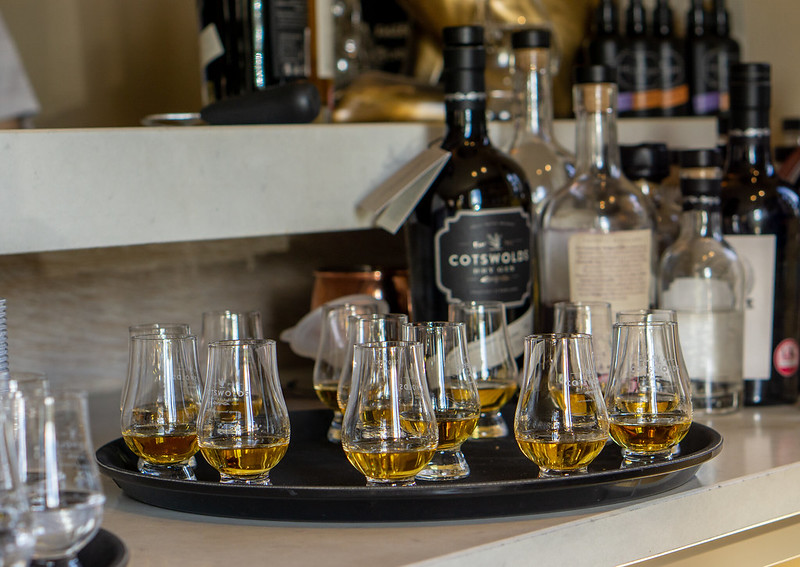 • All aboard for fish ‘n chips

Now, I am partial to the occasional fish ‘n’ chips, but it’s good to partake in style. How about having this staple of the British diet aboard a steam train? You can book on one of the Gloucestershire Warwickshire Steam Railway’s ‘fish & chip specials’ that run on selected Saturday evenings during the year. The trains run from Toddington to Cheltenham Racecourse and back, and at a leisurely pace so you can savour your nosh. If that’s not exciting enough for you, why not try the Murder Mystery Fish & Chip Special, but obviously watch your back on that one (or two in fact: there’s a midsummer and autumn murder). Keep an eye out for the geezer with the lead piping.

Well, I’m not one for swimming at any time of year. I prefer my water depth to be shallow bath, temperature ‘hot spring’, and all in the comfort and privacy of my bathroom, preferably with some Elgar playing in the background. If you fancy being a bit more intrepid (not so hot, more people and deeper water) why not try the Christmas Day dip at Sandford Parks Lido? (Keynsham Road, Cheltenham). The ‘plunge’ is at 11am. It pays to sign up in advance, you have to be aged 17 or over and must sign a disclaimer (to be fair you should probably do this for all wacky activities). Fancy dress is permissible and the rotund fellow in the red get-up could show up. Folk have been dipping for over 40 years now.

Now, I like my pud. For me the main course is just the waste of time you have to endure before you can tuck into pud (which surely should be renamed ‘the main course’). I recall an evening once when one of our party flaked out immediately after the main course, so I was deprived of my pud. ‘Gutted’ doesn’t cover it really. If, like me, you can’t resist a crumble, cheesecake or spotted dick, then try the Pudding Club at the Three Ways House Hotel, Mickleton, which has been running (i.e. worshipping the British pud) since 1985. A suitably light main is followed by, well, considerable amounts of pud. There are even pud-themed rooms if you don’t feel capable of making the tiresome journey home afterwards 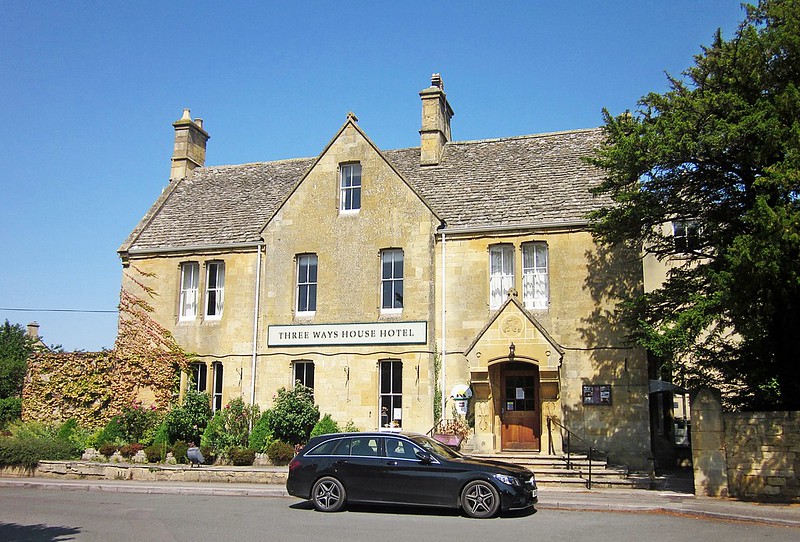 So, yes, I did go pot-holing once. You could try a bit of caving yourself by visiting Clearwell Caves in the Forest of Dean, where there’s over 250 acres of passageways and caverns, with more waiting to be discovered. There’s a popular ‘Christmas at Clearwell Caves’ where all kinds of magical things transpire, but you can explore the ‘wonder of under’ all year, round a natural cave system that’s been mined for some 4,500 years. The ‘show caverns’ only scratch the surface (as it were), so if you fancy going deeper, try a bit of adventure caving. You’ll reach caves, and parts of the mine, not normally visited by the public. You can try ‘semi-deep’ or ‘deep level’, when you’ll end up around 200 feet underground. u 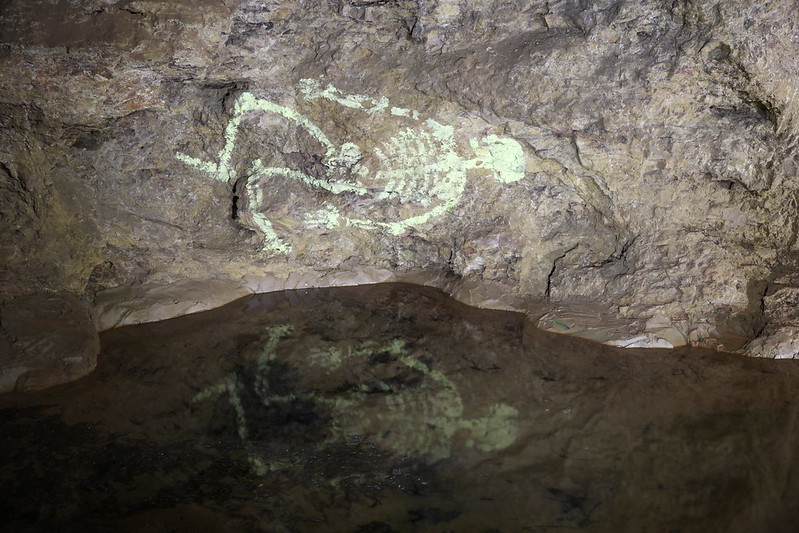 The Cotswold Perfumery offers courses in concocting your own perfume (I fancy a new manly essence called ‘Nerd’). Head for Bourton-on-the-Water. 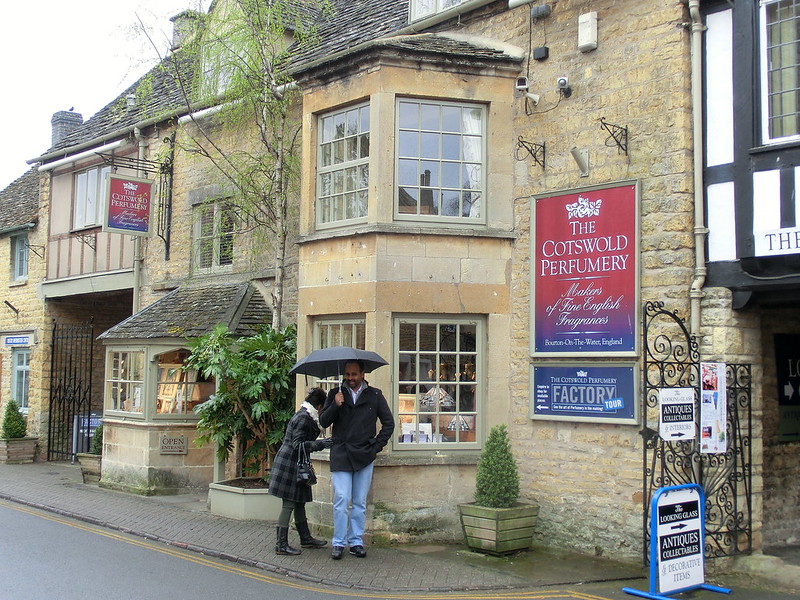 Get up close and personal to those lovely owls, where the ‘owl evening’ lasts from 18:30-21:00. You get to hold and interact with them and there’s lots of other birds to enjoy too. 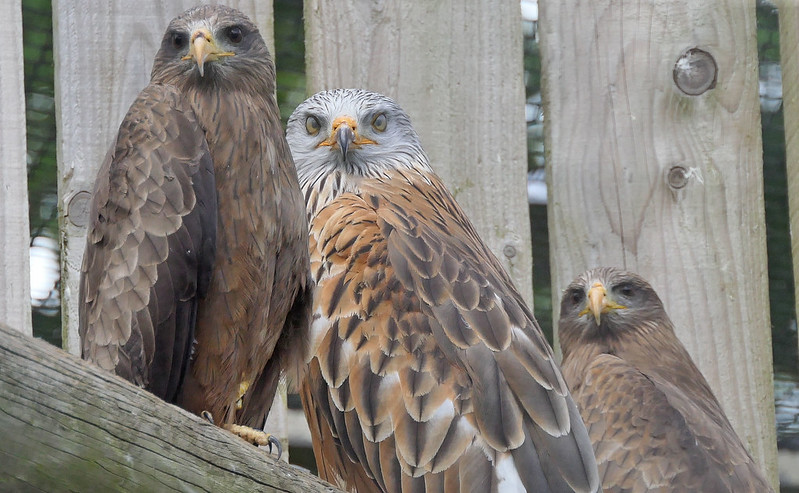 It’s the place to go if you’d like to witness the old skill of silversmithing, as practiced by a family concern that’s been operating in the town since 1902. Visit the workshop and see how it’s done. 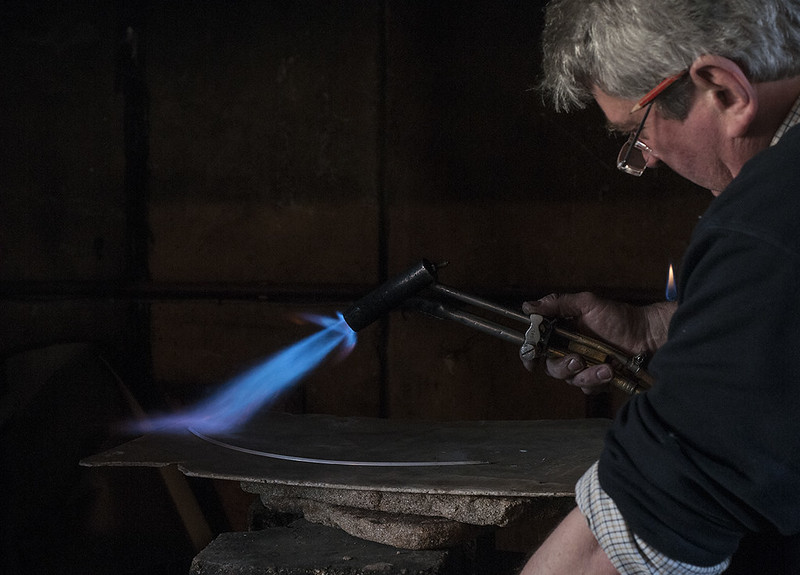 Opened in 1997 (Rissington Road, Bourton-on-the-Water). It’s a yew hedge maze with a difference as you search for the golden dragonfly at its centre. It takes around 20-30 minutes to complete. 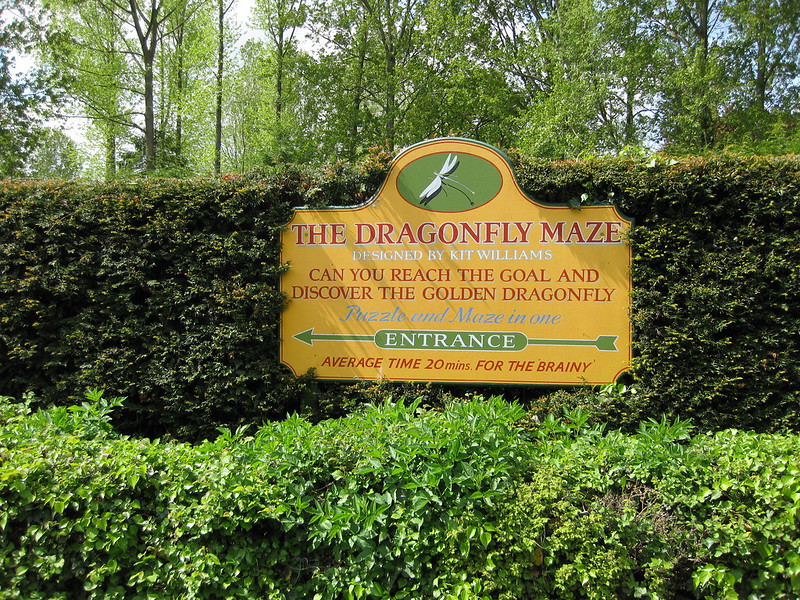 Held over the May bank holiday weekend, the Tetbury Wacky Races involve ‘wobbly wagons and crazy carts’ (good alliteration) bombing down ‘The Chipping’. You can build or borrow a contraption.

Click here for more ideas for getting out and about in the Cotswolds.

Faux finishing: how to make your home look more elegant on a budget

Autumn walks in the Cotswolds: 12 of the best