14 of the best walks in the Cotswolds

These are some of the best walks in the Cotswolds (photo: The Cotswold Way, allou, Getty Images)

The ideal way to enjoy the undulating green landscape of the Cotswolds is to slip on your walking shoes and go outdoors. There are a lot of well-trodden routes offering fantastic views of this region of England. Here’s our pick of the best...

A National Trail that offers over 100 miles of scenic walking with panoramic views of the Cotswolds, stretching north-eastwards from Bath to Chipping Campden. There are many shorter walks along the trail, taking you around the characterful Cleeve Common with its wildflowers and limestone grassland, pretty market towns like Winchcombe, Chipping Campden, Stanton and Snowshill, Broadway with its eye-catching folly tower, and more.

Take a look at the Cotswolds AONB walk section where you can search for your perfect route on the map. 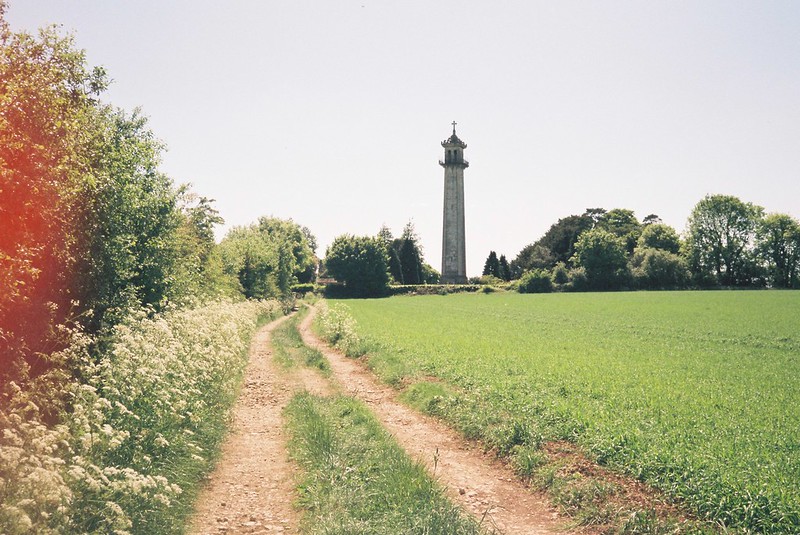 A marked 42-mile figure-of-eight trail centred on the Cotswold town of Winchcombe designed to show walkers the hidden gems of the northern Cotswolds. The eastern loop climbs out of Winchcombe and follows the Farmcote valley before entering Guiting Wood. From here it passes through quiet valleys and tranquil villages, following the Cotswold escarpment to the spectacular Stanway House and the restored watermill. It then proceeds passed Hailes Abbey on the return to Winchcombe.

The western loop ascends Langley Hill offering splendid views before dropping down into Gretton and across to Alderton. The trail then skirts around Dumbleton Hill, continuing through Alstone and onto Cleeve Common with its rare plants and panoramic views. The trail reaches its conclusion with a descent towards Winchcombe offering fine views of Sudeley Castle and the surrounding countryside. 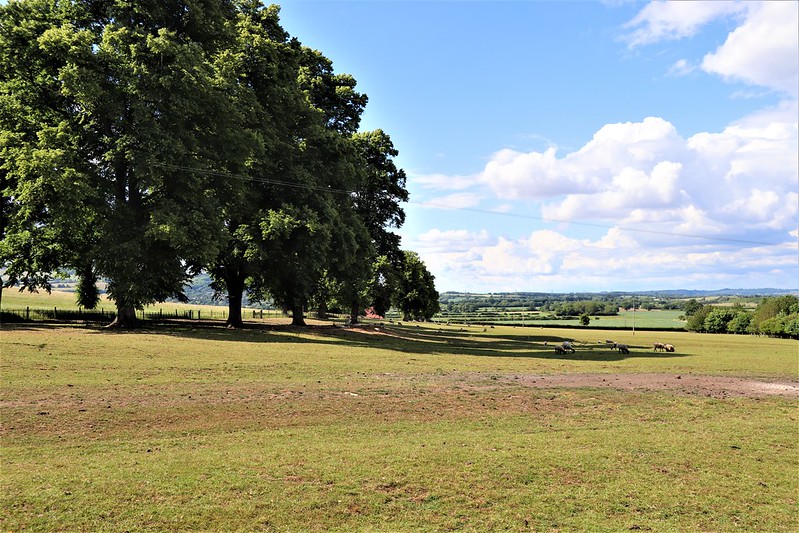 A six mile walk roaming across the Cotswolds’ highest common for brilliant views to the Malverns and into Wales (on a clear day). The old English name of the hill is Cleeve Cloud, or ‘Lump on a Cliff’, and the common is great all year for walking - but walkers should be careful during bad weather.

Centuries of quarrying have left rocky notches in the landscape of interest to geologists, and nature lovers come to this corner of the Cotswolds for the rare plants and bird breeding areas on the limestone grassland. For a detailed map, click here. 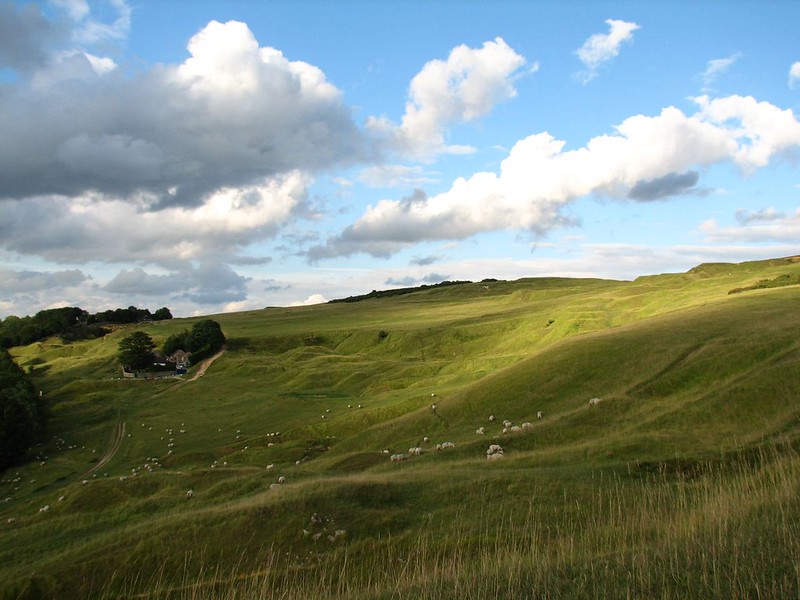 A circular walk of around 20 miles crossing the Chalford, Nailsworth, Ruscombe, Slad and Painswick valleys and their respective villages. Held in aid of the Stroud-based branch of Meningitis Now, an annual walk following the route is arranged each September, with families across Gloucestershire registering and getting involved.

Keep up to date with the latest walk on the we Tickets can be purchased on the day or online. 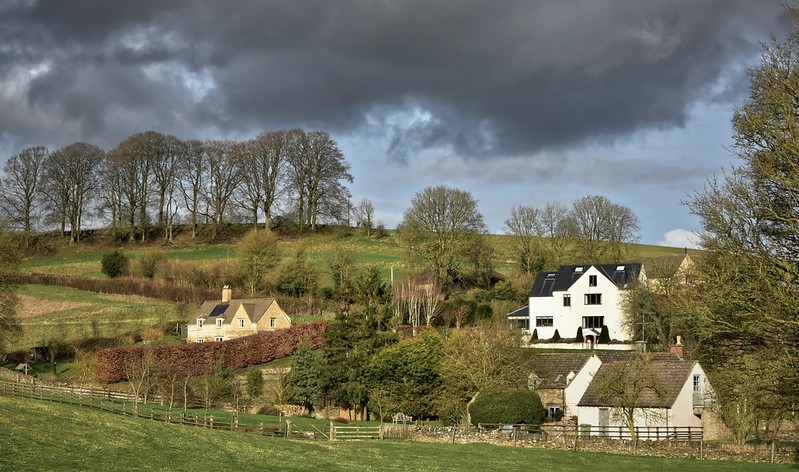 A 94-mile walk starting at Chepstow on the Welsh-English border, running through the ancient Forest of Dean and across the River Severn at Gloucester before climbing the Cotswold escarpment at Crickley Hill. From here it follows a route across the hills to Salperton, Stow-on-the-Wold and Winchcombe, before returning to the Severn at Tewkesbury.

The route can easily be tackled in short sections, or circular routes devised to incorporate parts of it. 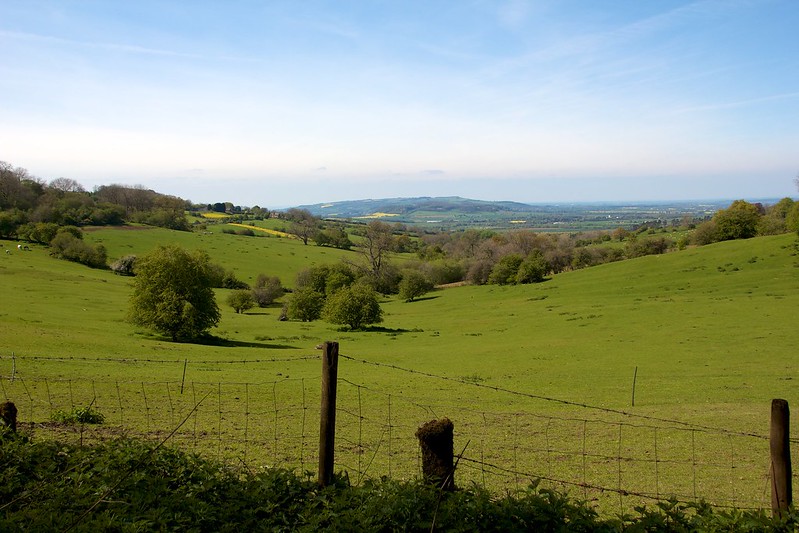 A 40-mile sign-posted route through the beautiful Vale of Evesham. This walk is best appreciated mid March to mid May when the trees lining the trail are adorned with pretty pink and white blossom.

The Vale of Evesham is an exceptionally fertile area that forms part of the River Avon’s flood plains, and is known for its fruit and vegetable production. It lies roughly equidistant between Worcester, Cheltenham and Stratford-upon-Avon. 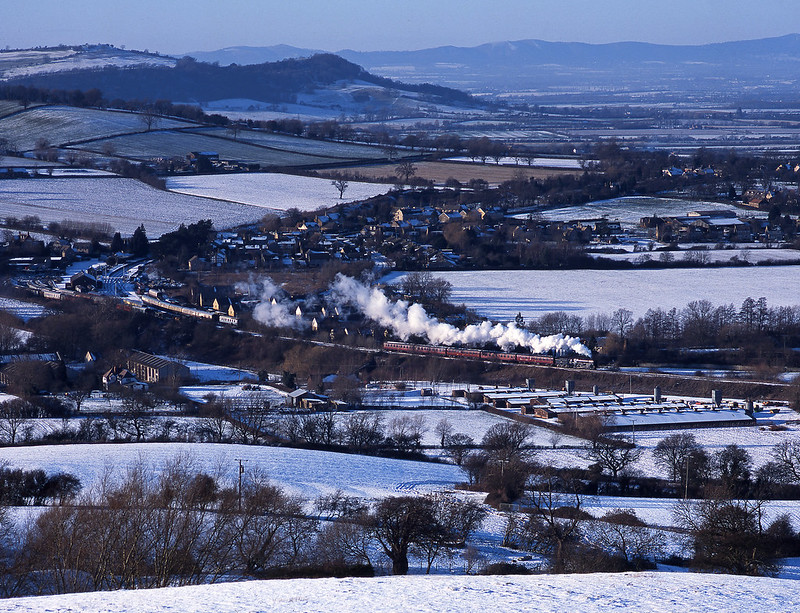 This imaginative and scenic route through rural Gloucestershire, created by the Ramblers’ North Cotswold Group to celebrate its 60th Jubilee in 1995, stretches from Northleach in the south to near Chipping Campden in the north, Guiting Power in the west to near Bourton-on-the-Water in the east. 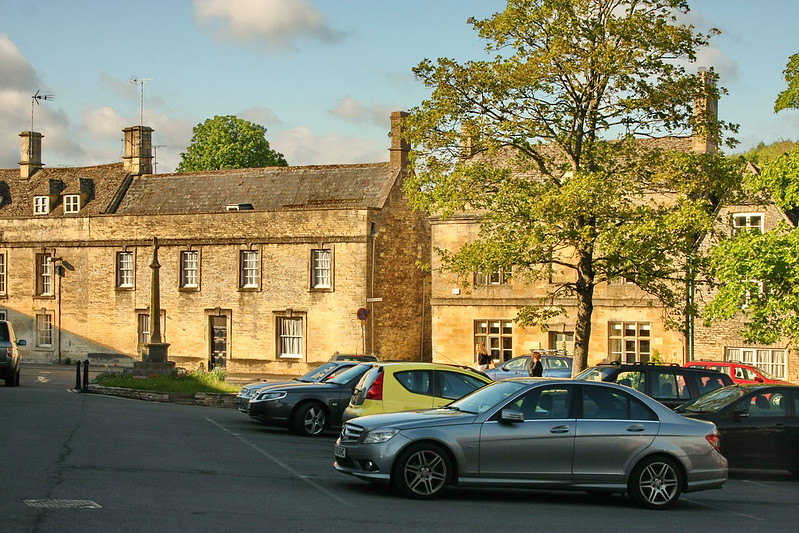 Originally opened to celebrate the Queen’s Silver Jubilee in 1977, this 42-mile route begins in Droitwich Spa, continues through pleasant villages, over hills and meadows, across rivers and riverside pastures, before finishing in Broadway. 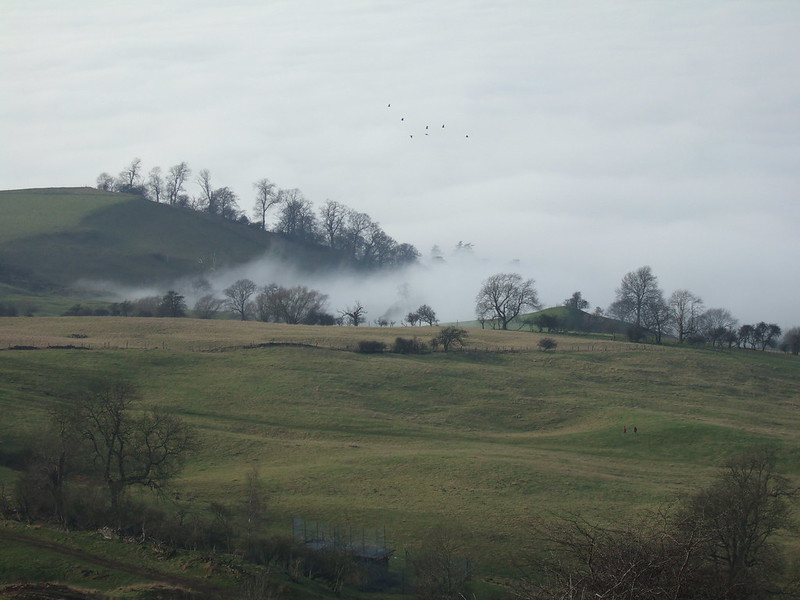 A 55-mile route linking the rivers Wye, Severn and Thames. The trail starts in Monmouth and crosses the Forest of Dean and Severn Vale, then climbs the Cotswold escarpment and continues to Bisley.

It drops down into the Frome Valley and leads south to the watershed at Thameshead and the source of the Isis, the highest tributary of the Thames. 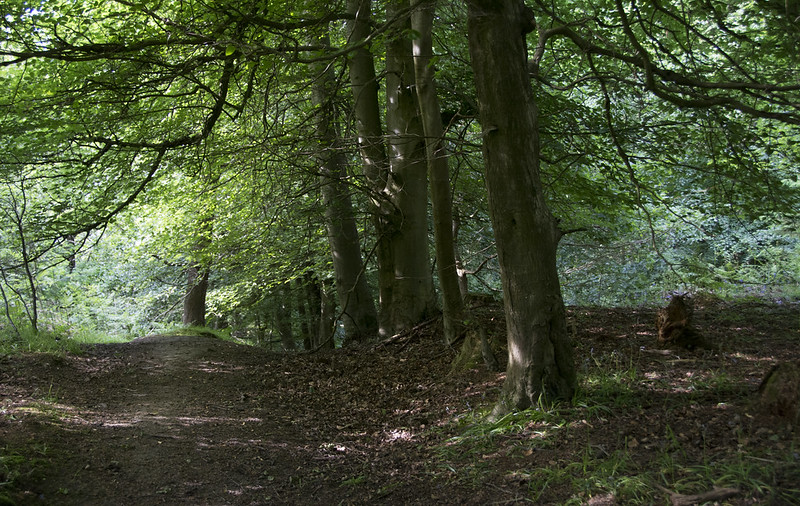 Linking Winchcombe with Bourton-on-the-Water, the 14-mile Windrush Way takes you over the hills, through the villages of Hawling and Cold Aston en route to the River Windrush in picturesque Bourton. 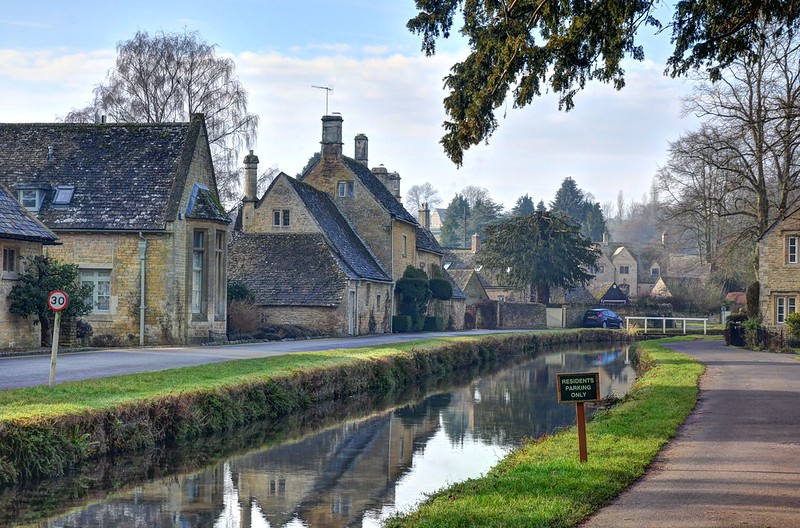 • A Tolkien tour of Oxford

The much-loved writer and creator of the Lord of the Rings, J.R.R. Tolkien, is one of Oxford’s many famous residents. Tolkien joined Exeter College in October 1911 when he was just 19 years old. Many spots in Oxford tell stories of his time there including the Eagle and Child pub which was known as a gathering place for many famous writers who were contemporaneous with Tolkien. His grave is also in a graveyard in Oxford. Click here to read more and view a map of all the significant locations. 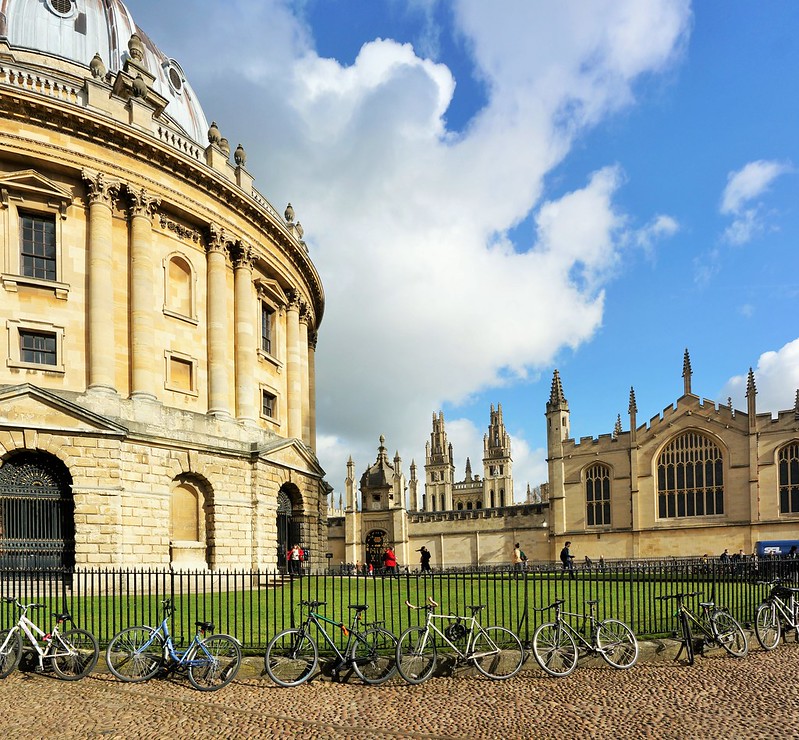 Enjoy expansive views across the Oxfordshire hills with this circular walk from the mysterious prehistoric Uffington White Horse, and historical landmarks such as the Iron Age hillfort Uffington Castle and the grand 17th century Ashdown House. Click here for the National Trust trail and map. 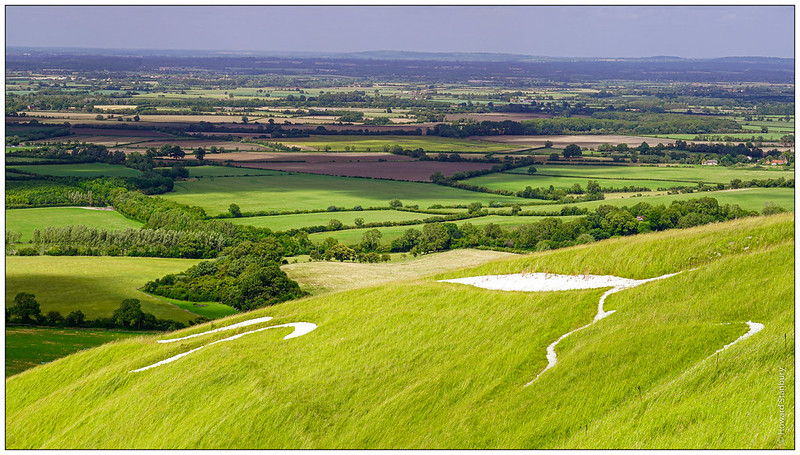 Starting in one of the most picturesque and quintessential Cotswold villages, Castle Combe, this walk takes in a varied terrain including woodland, village and open countryside but isn’t too long at 3.5 miles. Spot the Grade II listed Nettleton Mill on the banks of the River Bybrook along the way too. Click here for full route and map. 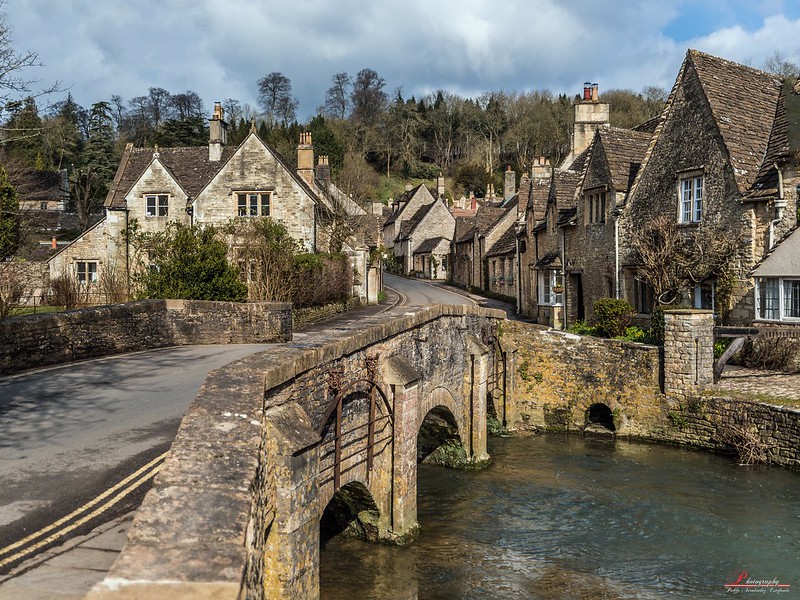 This 20-mile walk is broken into sections so you can pick chunks out for smaller walks or go all out for a lengthy amble in north-west Wiltshire. There are stretches of geological importance with rocks dating back to the Jurassic period, pretty villages, and lots of stunning views of the Wiltshire Cotswolds to admire on these walks. 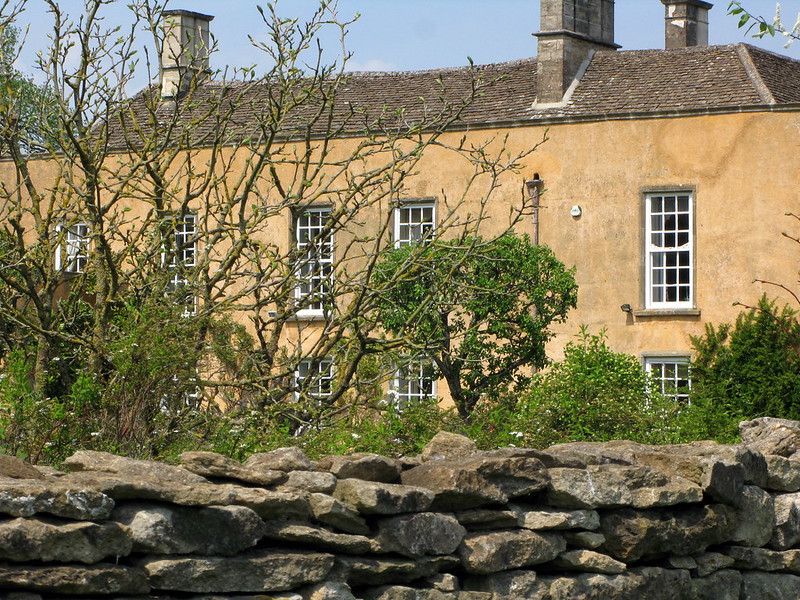 Don’t forget to send in any photographs you take on your walks!

Tips to help you cope with bereavement at Christmas