8 charming market towns to explore in the Cotswolds

If only walls could talk! Featuring gorgeous Cotswold almshouses, stunning market squares and honey-coloured architecture, we pick 8 beautifully historic market towns to visit in the region

With historical signature limestone buildings, it's easy to see why Chipping Campden is often referred to as the 'jewel of the Cotswolds'.

Amble leisurely through the town, spotting the history-rich Woolstaplers Hall which was the base for wealthy traders to bring their wool fleeces to sell in the 14th and 15th century. There's also the stunning Church of St James and the pretty Cotswold Almshouses to marvel at before settling down with a cup of tea and cake in one of the town's many delightful tea rooms. A cream tea sampled at Badger Hall is a wonderful treat after an afternoon of exploring.

For an oasis of calm and beauty, Hidcote Manor Gardens and Kiftsgate Court Gardens can be found nearby both boasting beautifully manicured floral displays.

Market days: There is a market on the second Saturday of every month from March to November between 10am and 5pm, and the annual Christmas Market will take place from 7-8 December this year.

Arguably one of the prettiest towns in the Cotswolds, expect honey-coloured buildings, cosy pubs, tiny tea rooms and plenty of history in Stow-on-the-Wold. Positioned high on a hill at the junction of many major roads, including along Roman Fosse Way, the town was once famed for its annual fairs where as many as 20,000 sheep were sold at one time.

Between the historic town cross at one end of the town and stocks at the other, and also the impressive Market Square which nods to the town's former thriving wool industry. The town centre is brimming with glorious buildings housing shops, places to enjoy an indulgent cream tea and plenty of characterful pubs to sink a few drinks. Why not settle down in the cosy interiors of England's reportedly oldest inn, The Porch House?

A visit to Stow-on-the-Wold wouldn't be complete without the jaw-dropping beauty of St Edward's Church. Lord of the Rings fans can spot the church doors which are believed to have inspired Tolkien to create The Doors of Durin.

Market days: Stow-on-the-Wold hosts a farmers' market every second Thursday of the month.

Inheriting its name from the River Leach which joins the Thames nearby, Lechlade-on-Thames is a pretty town boasting plenty of history and character. In the heart of Lechlade, the 12th century market place hosts a monthly market selling fresh, local produce after being reinstated to celebrate its 800 year anniversary.

The church of St Lawrence, dating back to 1476, has tall spires visible from many miles away and its churchyard inspired the poet Percy Shelley to compose 'A Summer Evening Churchyard' during a visit to the town in the 1800s.

There are two bridges across the Thames at Lechlade, Halfpenny Bridge and St John's Bridge, and the river itself is a hive of activity. Canoe along the beautiful stretch of waterway or perhaps enjoy a boat cruise and admire the surrounding scenery. A pit-stop at The Trout Inn for a pint of real ale and a homemade dinner would be thoroughly deserved after all that water action! They're currently offering a seasonal winter menu, with hearty options such as grilled local Bibury trout or homemade pie of the day.

For those who love Christmas whatever the season, pay a visit to The Christmas Shop on Lechlade's High Street where festive treats can be picked up all year round.

Market days: The Lechlade-on-Thames' farmers' market takes place on the third Thursday of the month at the Market Square.

Often referred to as the Cotswold capital, Cirencester boasts a well-documented Roman history while still retaining a thriving sense of local community. There are plenty of places in the town to celebrate the wealth of history and heritage; discover fascinating exhibits at the Corinium Museum and explore the earthwork remains of one of the largest amphitheatres in Britain nearby.

Admire the striking architecture of the church of St John the Baptist standing proudly in the town's market square before browsing the town's many independent boutiques and stores. It's also worth strolling around New Brewery Arts to soak in beautiful displays of the 'best of British craft and creativity'.

Calling all foodies - there's an array of delightful eateries in Cirencester to get your fill. Tuck into Spanish-influenced dishes at Tierra and Mar, a delicious curry at Indian Rasoi or indulge in tasty homemade pub classics done really well at The Falcon.

Market days: Visitors are spoilt for choice when it comes to markets in Cirencester. The market town status was even mentioned in the Domesday Book of 1086! Pay a visit to Corn Hall's regular craft and antique fairs, the Charter Market hosted in the Market Square every Monday and Friday and a farmers' market held on the second and fourth Saturday of every month.

Dating back to AD969, Oxfordshire Cotswolds' largest town of Witney retains much of its characterful history. World famous for its production of Witney blankets, the town's architecture still reflects the historic, and once extremely prosperous, woollen trade. You can't miss the 17th century Buttercross, stood at the junction of the High Street and Corn Street as well as the 17th century Town Hall and market square which widens into the church green dominated by the tower and spuire of the 13th century church.

It is easy to while away an afternoon in Witney; browse plenty of independent specialist shops and two shopping centres; the Woolgate and the Marriotts Walk Shopping Centre.

The stunning stately house and gardens of Blenheim Palace, home of the 11th Duke of Marlborough and birthplace of Sir Winston Churchill, is only a short drive away. For a taste of beauty, take a visit to Cogges Manor Farm - the unique and heritage site boasts a fascinating story in its manor house and farm buildings, walled garden and orchard.

Market days: There is a twice weekly market held every Thursday and Saturday as well as a farmers' market on the fourth Friday of every month. 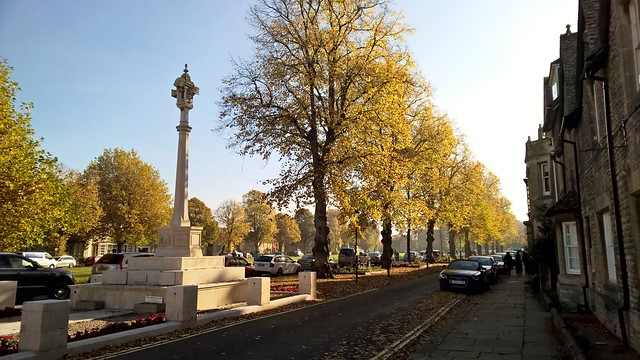 Just a short drive from the regency spa town of Cheltenham, Winchcombe is famous for streets aligned with gorgeous, warm-toned Cotswold stone cottages, independent shops and fantastic spots to enjoy a few drinks and something to eat.

Leisurely browse antiques, art and gifts at many of the town's independent shops including Barnbury and the vintage treasure trove at the Antiques Centre. Just a short drive from the town, the breathtaking Sudeley Castle and surrounding scenic gardens await history buffs. Henry VIII's sixth wife Katherine Parr is buried in the castle's beautiful 15th century church. The impressive ruins of Hailes Abbey nearby provide a peaceful ambience making for a perfect spot to enjoy a contemplative walk.

It's safe to say you won't go hungry while visiting Winchcombe. There are plenty of pubs, tearooms and restaurants to indulge in delicious fare crafted using Cotswold produce. From the culinary delights of Michelin-starred restaurant 5 North Street to an array of tasty, inventive dishes at the charming gastro-pub and hotel of the Lion Inn.

Market days: There's a farmers' market hosted in the town every third Saturday of the month. There will also be a Christmas festival on 3 December, with stalls, festive food, carols and live music. 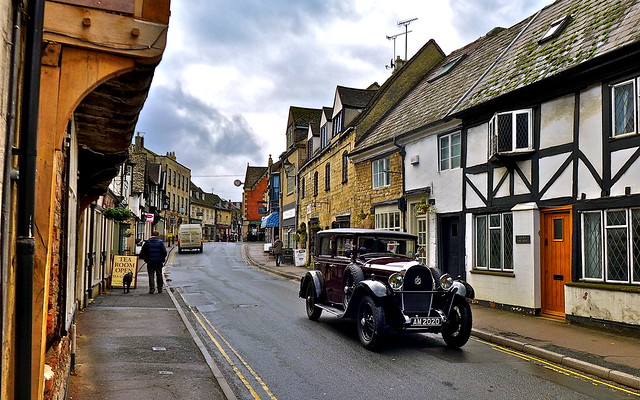 Fondly known as 'Chippy' by locals, Chipping Norton is a vibrant town that, although perhaps left off the list of must-see Cotswold towns, has plenty to see and do for those who do visit. And boy they're in for a treat!

Once a thriving wool-trading town, architecture that still remains in Chipping Norton today nods to that incredibly prosperous period. The 'wool' church of St Mary boasts beautifully grand interiors, the striking town hall, Cotswold almhouses and the impressive former industrial base for wool and tweed production the Bliss Tweed Mill.

You can also immerse yourself in history of the town in Chipping Norton Museum, on sunnier days take a dip at the lido and enjoy an eclectic programme of live theatre, stand up comedy, music performances and the annual pantomime (which this year is Puss in Boots) at the Chipping Norton Theatre.

Browse plenty of shopping spots including several antique shops and independent boutiques, and there's also a wide selection of places to relax and refuel with a bite to eat.

Market days: There's a weekly market hosted in the town every Wednesday. You can also catch a delightful farmers' market on the third Saturday of every month too! 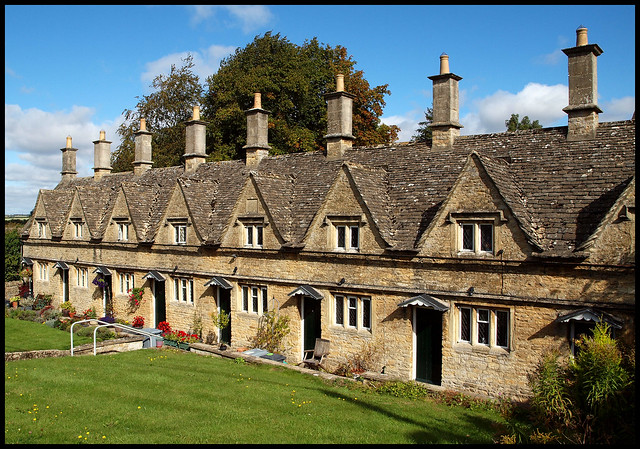 Burford is an attractive town bursting with history and character, and is incredibly popular with visitors. Standing among the honey-coloured cottages at the top of The Hill, enjoy mesmerising views of the busy high street sweeping downhill to the River Windrush, as well as stunning Cotswold countryside.

Packed full of shops, hotels and beautiful buildings, you won't be bored while you walk down the town's vibrant high street. Architecture lovers will find Burford a dream; discover the Burford Priory built upon a 13th century hospital site, The Church of St John the Baptist dating back to the 12th century and the Methodist Church built in a beautiful Baroque style.

Learn all about the town's working and social culture at the Tolsey Museum, housed in a lovely Tudor Market building. Also get your cameras at the ready to snap a photo of the medieval bridge found at the bottom of the town.

After all that exploring, you'll need somewhere to relax! Among plenty of places to eat and drink, we recommend the Royal Oak tucked away from the high street. Indulge in one of their tasty traditional pies next to the log fire in the winter or take a seat in the large beer garden with a pint in hand during the summer. A trip to the Garden Centre is a must too, which is an interior-design-lover's dream.

What’s on this weekend in the Cotswolds

The future of homeworking